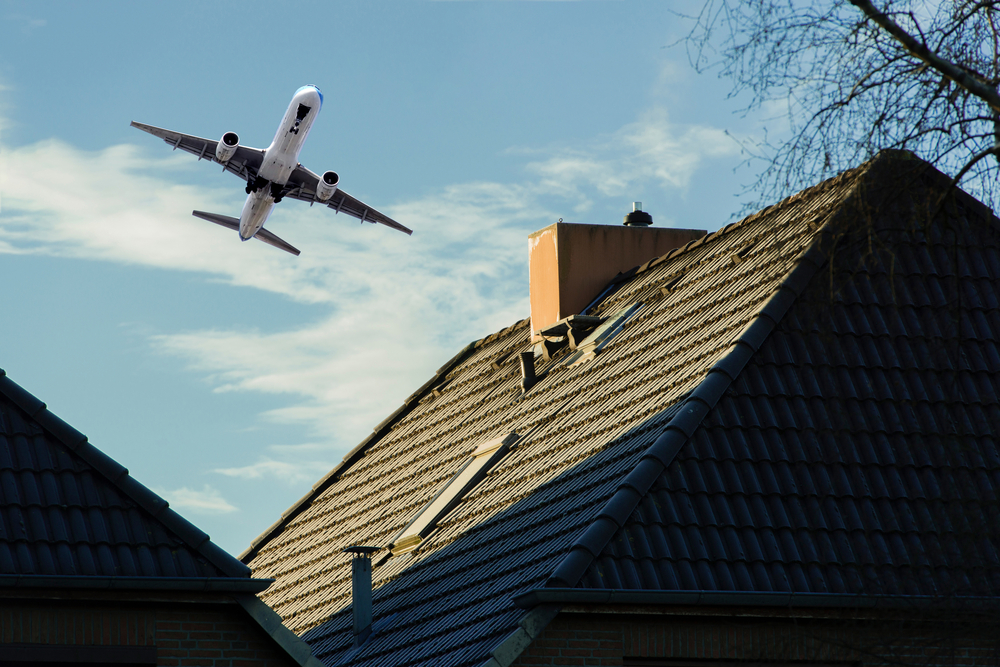 Picture this scenario: after years of searching for the perfect home, you’ve finally found what you’re looking for. Not only does it match your aesthetic preferences, the neighbourhood is good and the home itself provides a perfect fit for your family. However, there’s just one problem. The house is located near the airport and the booming sound of airplanes landing and taking off is something you hear on an hourly basis. You often just shrug this off. For you, it is just a minor inconvenience. However, aircraft noise should not be taken lightly. According to various aircraft noise reports and studies, noise pollution, particularly that produced by airplanes, is not exactly good for a person’s overall health and wellbeing. Here’s why.

Getting enough sleep is an important component of a healthy lifestyle because when we’re asleep, it is the only time when our body heals and repairs itself. This is why health experts are constantly reminding us to get enough quality sleep every night. However, if hearing aircraft noise is a constant part of your daily life, it might be hard to get a good night’s sleep.

According to a study published in the British Medical Bulletin in 2003, exposure to loud noises disturbs sleep that is “proportional to the amount of noise experienced in terms of an increased rate of changes in sleep stages and in number of awakenings.” This often leads to frequent awakenings in the middle of the night and restless sleep.

Experts believe that noise exposure can negatively affect one’s mental performance. A study entitled “Aircraft and road traffic noise and children’s cognition and health: a cross-national study,” which was published in the journal Lancet in 2005, showed that children frequently exposed to aircraft noise at schools experienced a deterioration in silent reading comprehension and certain memory performances.

A separate study also revealed that being exposed to loud noises may reduce helping behaviour and the processing of social cues while increasing aggression among children and adults. As such, if you want your children to do well in school, it would be wise to see an acoustical consultant and see how you can modify your home to prevent aircraft noise from affecting the cognitive function and overall mental performance of your family.

Apart from affecting your brain function and quality of sleep, being constantly exposed to aircraft noise also increases your risk of developing hypertension. Many occupational studies have suggested that people chronically exposed to noise at levels of at least 85 decibels have higher blood pressure as compared to those who work in much quieter environments. Some experts believe that elevated blood pressure levels may be due to the person being constantly stressed out or annoyed by the loud noise.

Co-author Jonathan Levy, a professor of environmental health at BUSPH and adjunct professor of environmental health at HSPH, said aircraft noise affects the blood pressure and causes stress and sleep deprivation. All of these, according to him, can negatively influence cardiovascular health. The researchers also found that the louder the noise from the aircraft, the greater the risk of developing heart disease is.

A separate study conducted by researchers from the Imperial College of London seems to support Levy and his team’s study. It showed that 3.6 million people living near Heathrow airport have an increased risk of stroke, coronary heart disease, and cardiovascular disease.

Thus, while the effects may not be immediately visible, living in a location where aircraft noise is a common occurrence is certainly detrimental to your health and wellbeing. If you are living near an airport and moving out is not an option, it would be wise to make the necessary changes to your home so you can at least minimise the health effects of aircraft noise. Talk to an acoustical consultant today and find out how you can effectively deal with noise pollution.